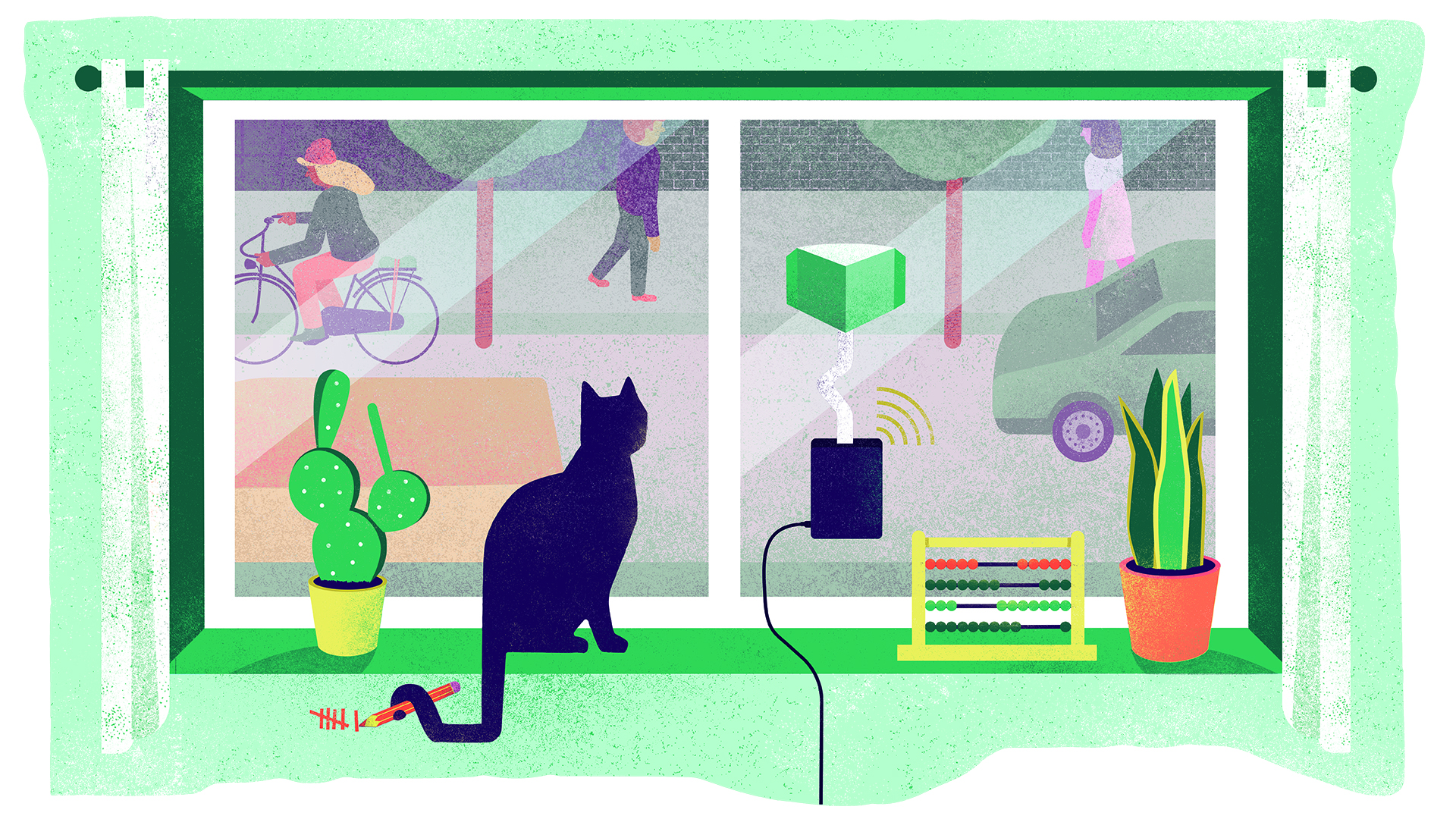 Kris Vanherle is the co-founder of Telraam, a small new Belgian organisation that does traffic counting with citizens. He is eager to exchange and share knowledge with the other CitiMeasure partners, and he is a firm believer in the potential of citizen science. We talked to Kris about Telraam’s activities, experience and expectations for the CitiMeasure project.

Can you explain, for those who might not know, what kind of traffic counting you do. And why is it interesting? 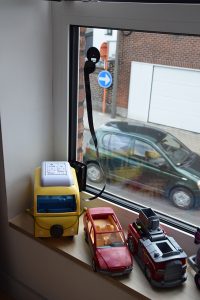 We have developed a small, automated sensor and an open platform. People can acquire one to count traffic in their street and then upload the data from it to the platform.

Our technology allows us to do long term measurements of traffic – meaning cars, pedestrians, and cyclists – on specific roads with an hourly resolution. So, we measure the traffic volume per hour on a location over long periods of time.

Traffic counting is needed to support any local transport and traffic policy. For example, think about routing a small residential street that you want to make inaccessible to cars. Traffic will always find a way around, and you want to avoid undesired effects. So, you need to know how the current traffic situation is for cars, pedestrians, and cyclists. A good observation of the status of the traffic will be a good base for informed policymaking.

Today, low-cost solutions allow us to monitor many locations, compared to more professional counting solutions that will concentrate on data collection on the main arteries. An extended presence also allows us to monitor better dangerous behaviours like speeding and rat-running, which is the practice of using residential side streets or any unintended shortcut such as a parking lot instead of the intended main road in urban or suburban areas.

We’ve chosen to involve citizens because we think there’s a lot of willingness from people to participate and collect traffic information. This information is typically collected and managed by other organisations, like municipalities or the industry, who keep it to themselves. While citizens also want to understand the traffic situation on their streets or contribute to interpreting the data.

Your flagship traffic counting project is We-Count. Can you tell us more about it?

We-Count was a European project where we tested citizens science for traffic counting on a large scale. We wanted to try an in-depth citizen science engagement within our five participating cities.

Each city had a different case study because problems weren’t the same. For example, Ljubljana wanted to study where its traffic was re-routed due to introducing a car-free centre. While in Cardiff, the interest was on analysing speeding. And in Leuven, the focus was on redirecting and changing the large circulation.

From this project, we learned to engage also with citizens who don’t or can’t have a sensor. For example, applicants had to fit two criteria for We-Count to be eligible to get the sensors. Their window had to be technically suitable – meaning it had a clear view on the street, and Wi-Fi and power in reach – and the street they lived in had to be interesting to measure.

But what we learned is that you shouldn’t narrow down the engagement just to data collection. We involved people we didn’t select for the sensors in other steps of the project. For example, they took part in the data analysis, participated in follow-up discussions, or co-created solutions.

We-Count was a success because so many people were interested in the project. We involved them at all stages of the citizen science process: from co-creation to data gathering, to data analysis, up to policy change.

What’s one concrete result from the We-Count project? 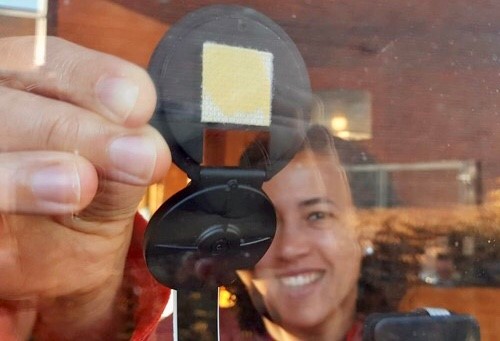 Woman setting up the Telraam sensor

A group of inhabitants of a street in Leuven complained to their local politicians that the 30 km/h limit was not respected but had no return on their complaints.

They bought our sensors, and with them, they could demonstrate that speed compliance was subpar; less than 50% of vehicles drove within the limit.

Citizens have then used this data in their discussions with the local political level, making it clear and concrete, not just a ‘gut feeling’.

In response, the local administration installed a few measures: first, a digital sign indicating the speed of passing cars. Our sensors continued monitoring of the street recorded a slight increase in compliance following this measure. Secondly, they installed a speed bump, and its impact showed again in the data collected by Telraam sensors.

The local group of citizens did it all. We were not directly involved. It was completely grassroots. We only did some support work for this case. This example is one of my favourite impacts because it makes us obsolete, and that’s exactly what we want. We want to enable citizens.

Let’s talk about CitiMeasure. Why did you decide to join the project?

I think we can share a lot of best cases and findings from similar activities, which use sensors, including data collection and analysis.

I think that similar initiatives work with similar technologies and engagement activities. So, I want to share our findings and learn from other projects to see how we can improve.

CitiMeasure is at its beginning stages and can’t show any results yet, but is there anything specific that you’re looking forward to? What are your expectations?

To learn. I chose the strategy and oversight working group because I think a challenge for citizen science data is formalising it. I mean, collecting data that formal data agencies also accept.

Citizen science data is still often seen as a gimmick, a side activity with supporting value. But I think that citizen science has matured, and one of the objectives of projects such as CitiMeasure is to make this link with the more formal statistical officers. One way of doing that is by making the data more compatible because it will increase the credibility of citizen science initiatives and their impact on policymaking.

We shouldn’t underestimate the effort needed to involve citizens in a good, engaging way. We shouldn’t consider them passive data collectors. We should get people on board because if we do that properly, we will get so much more out of them, generating a lot of scientific value and impact.