Give citizen science what it deserves 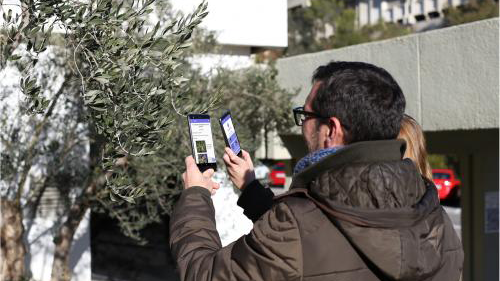 Citizen science is still having trouble being valued as ‘proper science’, believes Júlia Miralles, Delegate for Science and University at the Barcelona City Council. But CitiMeasure is getting ready to test instruments to promote behavioural change, policy-making and digital inclusion through citizen science initiatives proving their valuable contribution to improving our cities.

Barcelona is one of the project pilots. The team will run a training series that includes presenting and discussing the CitiMeasure Behaviour and Policy Guidelines and the Guidelines on Competencies for Digital Inclusion to different audiences, including city council staff, public administration officers, and representatives of citizen science projects.

What’s your role in the Barcelona City Council? How is the city involved in citizen science? 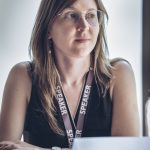 I am responsible for the science and university policy. We had already worked on this years ago but have been developing it more in-depth since 2019 – since the beginning of the current mandate. I work for the office of the Deputy Mayor on Culture, Education, Science and Community.

We started building the Barcelona Science Plan 2020-23, with a range of relevant measures for all local science policies. We created the Department of Science and Universities, which works, among other things, on citizen science projects.

Our local science policy is broad and goes from promoting scientific culture, for example, through the Festival of Science or the Biennial of City and Science, to reinforce our relationship with science centres, for example, by applying together for research projects on European challenges.

Can you describe one or two examples of citizen science initiatives in Barcelona?

My favourite is called ‘Urban flora and allergy, do you cooperate?’ and it’s about European flora. It monitors the development of plants in the city that can affect allergies. It’s a citizen science project with a public health objective. It is led by two schools yearly, and students aged 12-16 monitor the blossoming time when allergies are more intense.

The information is uploaded on an app, Plant*tes, and the idea is that people with allergies can use it to change their route and have a milder reaction to their environment. It also lets us put together a map of the neighbourhood’s flora.

We have another project, ‘Riunet ’, meaning ‘clean river’. Barcelona has two rivers that were contaminated. The City Council has worked to clean them. So, we involved some schools near the river and had the students analyse the elements of contamination or waste in and around the river. Does the contamination increase with more activity? What kind of waste can be found, and how does it impact the river?

Projects like these help us involve people to care for the planet. They can act on climate change and other significant challenges the city faces. 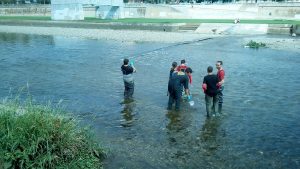 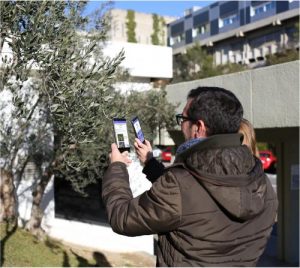 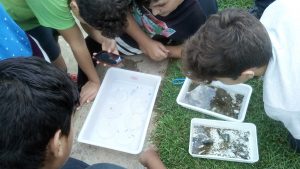 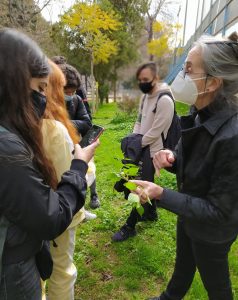 What are some challenges you face running projects like this?

If I had to be a little critical, citizen science projects work well during development and implementation, but then we have difficulties following up. We do not always find the time to work with the data accumulated year after year to make some scientific recommendations to feed into the policy work. I want to work more on the post-production stage of the project.

Why do you think it’s challenging to take it a step further?

It’s difficult for actors not directly involved in citizen science projects to see their value. The administration and the scientific sector don’t take them as seriously as they should.

For example, from the scientific point of view, they recognise their value as a dissemination project to make people more familiar with the empirical part of the research. Still, they don’t exactly consider it ‘proper’ science, so the results are not usually used for research publications.

Something similar happens in the administration. They consider these projects interesting to get people more involved in science and know more about it. But usually, they would not consider the data for policies because it might not be rigorous enough. What we need to focus on after a project’s lifespan is to get the data used both for policy recommendations and for research publications.

You don’t need to be a prominent expert on an issue to do something interesting within a research project. Your experience with a problem can make you an expert in one. Science is not just a very complex knowledge held by the intellectual elite. It should be an exciting tool to improve our ways of living.

What are you looking for in CitiMeasure?

Barcelona created a citizen science office in 2012, and many other cities have moved similarly. When you have a growing number of new initiatives worldwide, you must have other references around you and see what they’re doing.

So, our first reason for joining the project was to work with other cities, not on any specific citizen science project, but from a more strategic point of view. What have cities been doing? How can we improve the results?

Another element that is important to us is the focus on digital inclusion. Which I think is one of the challenges of citizen science. Who do we involve? Some parts of the world are talking about ‘community science’ to shift the focus from individual citizens to communities.

For example, we expanded this year’s Festival of Science to different areas in Barcelona rather than keeping it always in the same park. This has allowed us to reach other communities in the city.
One of the objectives of local science policy should be to make science accessible to everyone and make it easy and fun. And citizen science projects can do this.