How to make citizen science count 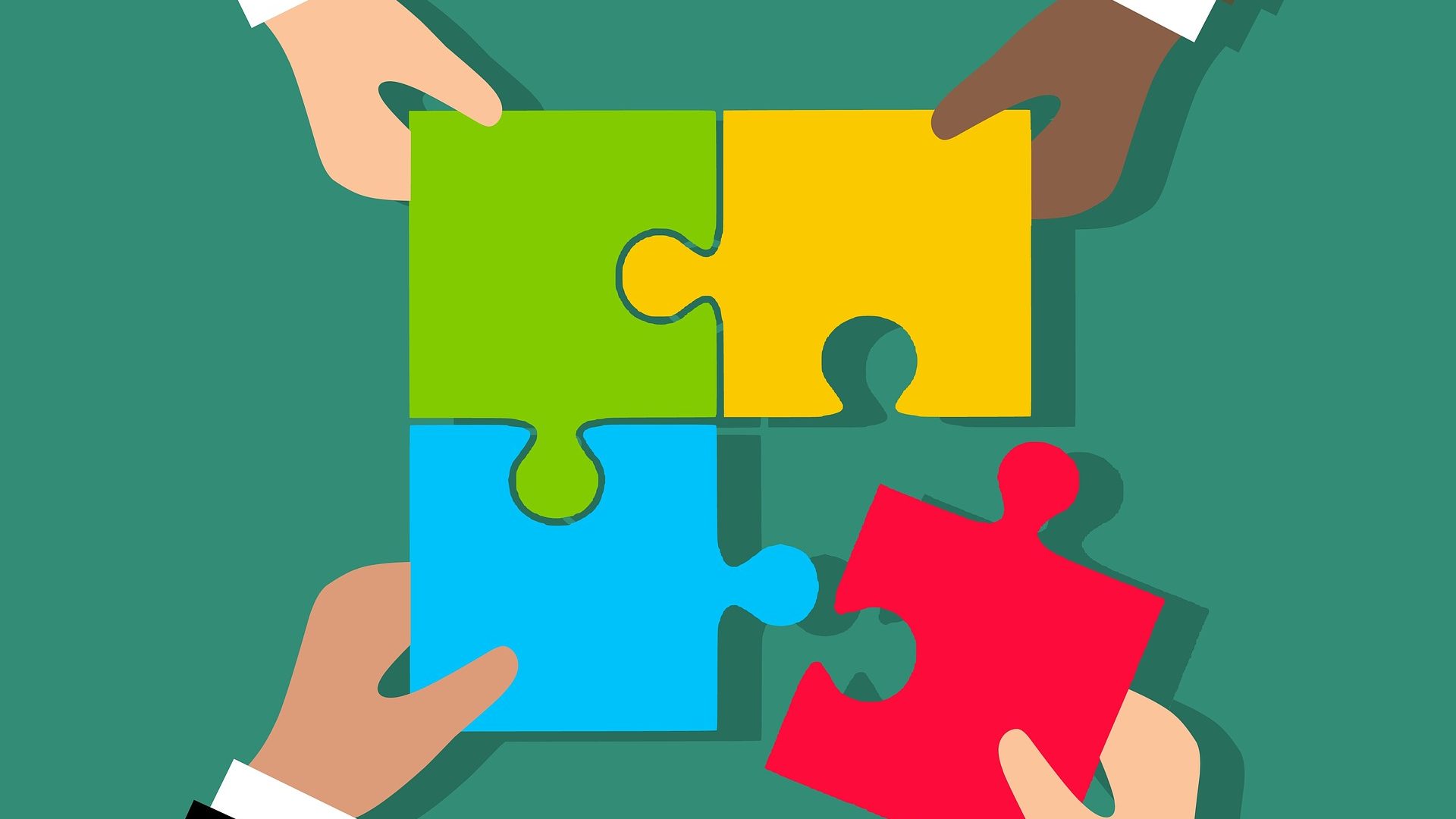 The CitiMeasure working groups have been in deep conversations since last autumn. They are working hard to develop the tools needed to make better use of citizen science in our cities. As the work progresses, we spoke to senior scientists Núria Castell, and Alena Bartonova at NILU – Norwegian Institute for Air Research, to know more about the work and what to expect.

What is citizen science? 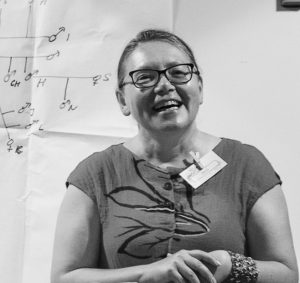 It is about citizens contributing to build knowledge about some issue. For citizen science to work, citizens must see the value in contributing. Citizen science contribution should be recognised, and data produced within citizen science initiatives be used along with other observing systems. Doing so implies that we want to use the data for something, not only as a hobby.

The European Citizen Science Association stresses the need to have a meaningful dialogue about the purpose of the research, data collection, and citizen activity. This means that citizen science can’t just be about someone requesting specific data to be collected. It’s about having a dialogue about the whole process so that the purpose is clear to all.

Why can it be necessary?

The development of new technologies to monitor air quality made it possible for people to get involved in measurements. The fact that air quality is harmful to your health is something I have known since I started in this field, but it does not seem to have been in the public domain until recently.

Citizen science can help bridge the gap between the scientific community’s knowledge and people’s awareness. Citizens have meaningfully contributed to creating databases or knowledge bases for cities, such as water management. Citizen science can also be used as an activist tool.

Like in Denmark, where a city was not interested in air pollution because it estimated they didn’t have a problem. But a citizen organisation contacted us because they disagreed, and we worked together to show the city that they had some issues with air pollution. We finally worked with both citizens and the city to find a solution.

What concrete examples has NILU been working on regarding citizen science initiatives?

We have been working with citizen science first as an awareness-raising tool. For example, we worked with high school students who chose the technology classes to build sensors for monitoring air pollution. They set up their science project, selecting the hypothesis they wanted to test and the project’s aim. In the end, they presented their work and received prices from a scientific committee composed of experts.

We also worked with primary schools, but instead of using sensors, we chose a paper and bustling method – a milk carton smeared with Vaseline to measure how many particles there are in the air by confronting the dirtiness of the carton against a scale. This project was part of the Green Capital initiatives. Students from different schools in Oslo presented their results at an international conference in front of many city mayors from Europe.

While citizen science can be a powerful tool for awareness-raising, can it also impact cities’ policies?

In our more recent projects, we work more on having an impact on the policy side or how the data collected by the citizens can be taken up for research and policy.

For example, we are working on measurements of wood burning, a big issue related to air pollution in Norway. Because the air quality monitoring stations are not placed in the suburbs where all the burning happens, we didn’t have any data on the air pollution levels from wood burning in the winter. So, we budgeted for some sensors, which we distributed to citizens who responded to a call for interest and installed them in their households. Thanks to this initiative, we collected data that we showed the city. The administration realised how significant the problem is, and we are now working on solutions together.

Another project we just started is linked to mobility and promoting more active mobility solutions as alternatives to cars. We will measure pollution, do traffic counting, and use the information to support city policies such as extending the no-traffic zones in the city. We always try to link our citizen science work with existing processes at the city level. It makes it easier for the data collected by the citizens to be used by the municipality.

What is your process, and what are the challenges?

We usually design the project together with the administration, then we do a call for interest with the people and get a group to work with. We create an infrastructure to collect the data, validate it, and visualise it for both the city and the citizens. We try to have a multi-stakeholder engagement process, for example, running co-creation workshops with city officials and citizens and inviting the industry. And together, we work on solutions based on the data collected.

We always try to put the city and citizens in contact to solve the issues. Not all citizens want or have the time to be more involved, but some do, so we need to create the space for the different needs and wishes. One of the challenges is how to involve citizens more, for example, in the analysis of the data.

Until now, citizen science activities have supported people with the measurement, but they have not always created enough follow-up. Cities need the citizens, and citizens need to feel that the city collaborates with them.

Another challenge is connected to this one: cities can be confronted with citizens providing numbers without information on how they were generated, making the data useless for the city and resulting in disappointment and disillusion for citizens.

While reference monitoring stations must comply with standards that guarantee data quality, the new technologies that have emerged and are used in citizen science don’t have to follow the same parameters and standards. So, we need to make sure that when citizens measure something, the data follows minimum quality requirements so that citizens can feel empowered and that their expectations are met.

From the cities’ side, there needs to be the conviction that citizens can contribute, so we have to prove that citizen science can benefit everyone. We are moving from the activist citizen to a citizen that can contribute to governance. CitiMeasure is one of the first projects that is addressing this.

Speaking of CitiMeasure, what motivated you to join the project?

CitiMeasure is very much in line with what we are doing at NILU.

Alena
We have a scientific interest in getting involved because we have been using citizen science data on air quality for almost ten years now. We have several methods and approaches that can use this data to improve information about air quality, and the public authorities can use that.

Also, Covid demonstrated that change in behaviour needs to happen on a large scale to have a significant effect. The individual action is invisible because you have to create a certain mass to see the results, which is a challenge. When it’s down to changing people’s behaviour, we need to connect with people and cities.

The project is at its beginning stages. What are you most looking forward to? What are your expectations?

At NILU, we might be better at some aspects because we have been working on them for a long time, but for others, we are still learners, or we want to do them, but we are still at the starting phases.

What we need most is learning from each other and sharing knowledge. We want to hear the successful stories, but the failures too. Both are very important. And it’s nice to have an arena where you can share the main difficulties, what has worked, and what hasn’t. Everything is shiny and looks fantastic in scientific papers, but what’s behind the scenes?

I’m interested in the cities’ perspective because we need to understand them if we want to support them. Understanding the situation in which cities are and their issues is crucial for us to give support. For example, in terms of emissions, the city has to consider many parameters which I have no idea about.

I would like to know what the cities expect. How can cities acquire a knowledge base or respond to emerging knowledge? How do they see the collaboration with research? When scientists want to collaborate with municipalities, what’s the best way to do it?

Want to also contribute to improving the impact of citizen science initiatives in cities across the EU? You can still join one of our working groups here: https://forms.office.com/r/d0RQpiQNMj

NILU also works a lot with cities in Norway and Europe, mainly regarding air quality and how to improve it, including support for air monitoring using low-cost technologies.